Whether the 993 has abnormal oil consumption compared to older Porsches and if so what is the cause,
since secondary air injection (SAI) can be a major problem, i.e. which results from carbon buildup from oil burning,
for some '96 and later Porsche 993s with OBDII systems & causes a CEL (check engine light) with fault code 0410.

Note: The fault code results from a test which monitors the voltage of the front O2 sensors during a cold start when the
SAI pump is run.

1. The 993 is the most powerful recent Porsche air cooled engine, and as such runs the hottest, i.e. assuming
that the air cooled engine efficiency is unchanged from the 3.2 and 964, which can lead to accelerated engine wear.
2. The valve guide/guide material is different for all three air cooled engines (3.2, 964, 993), and Porsche has not
updated the 993 valve guide. The valve stem on the 993 is 8mm versus 9mm on the older engines.
3. Porsche recommends an oil change interval on the 3.2, 964 and 993 of 15,000 miles.
4. Both the 964 and the 993 use a lower body pan affecting air flow to/from the engine.
5. Stop-and-go driving in heavy traffic causes an air cooled engine to run very hot.
6. The quality of the machining, it appears, (initially and at valve job time) is more critical on the 993 versus
the 964 and 3.2.
7. The very small air injection passages on the 993 are prone to fairly easy carbon buildup restricting air injection flow.
8. All Porsches engines can tend to burn some oil early on versus other types based on many factors, e.g. the driving
conditions, the valve guide material/seals, and its basic design (high revving).
9. There are non-OEM valve guides being used by some machine shops when valve jobs are done on the 993 and
other Porsches.
10. The late 993s use a light weight synthetic oil versus the 3.2 and 964 based on Porsche's recommendation.
11. The secondary air injection at the exhaust valve guide may result in higher temperatures (lean condition) for
the exhaust valve guide versus no air injection.
12. Continued high engine RPMs accelerates engine wear, i.e. Energy loss (heat/wear) = rpm x friction
13. Infrequent oil changes can cause ring sealing problems, i.e. ring-lands fill with carbon and slug, resulting in
poor oil sealing at the oil ring causing excessive oil burning.
14. Many 993s with 50K or less mileage are requiring valve jobs.
15. Other OBDII cars experience the SAI problem, e.g. Mercedes Benz.

There doesn't appear be any total consensus as to what is happening either from dealer or independent techs.
One key fact does standout; valve jobs are being done at a much lower mileage for the 993 than for the 3.2 and
964 engine. Excessive valve guide wear does appear to be a major contributor to the oil burning on the 993, but its
cause is at issue.

Some techs feel that the oil burning for the 993 is about the same as for the early engines, but the secondary air
injection problem magnifies it requiring a valve job much sooner. Other techs feel that the 993 was pushed to the max
causing excessive heat resulting in increased valve guide wear. Still others feel that infrequent oil changes (15K plus)
have caused excessive oil burning, i.e. the loss of the oil's effectiveness resulting in increased engine wear.

One of our customers is doing two 993 valve jobs. One engine has 107K on it and has had two previous valve jobs
(He did neither). The other engine had a valve job done by a dealer 2K miles ago and now has valve seats coming loose.
This was, more than likely, a machine shop quality problem.

There's not a clear cut answer to this problem without more data. Some facts mentioned above may contribute little
to not at all by themselves. Maybe a number of them, when integrated, cause major problems. Even if a new valve guide
material were used, there's no way without major testing to determine its long term positive or negative effect on the
993 engine, i.e. given that it's the single cause of the problem.

Each 993 owner must assess his own driving and maintenance habits. Without more data, the only answer we have is based
on how we would drive and maintain a 993 if we owned one:

1. We'd change the oil & filter at 7500 miles (Porsche's 930 oil service), e.g. for better ring & valve guide life.
2. We'd probably remove the lower body pan if we did a lot of stop and go driving in hot weather.
3. We'd TRY and avoid using the A/C in stop and go hot weather, as this heats the engine more.
4. We'd minimize that constant revving above 5K, i.e. high revving will NOT reduce the SAI problem but likely increase it.
Note: High speed driving, e.g. freeway driving, versus "stop & go" driving does NOT reduce the likelihood of SAI problems.
5. We'd monitor our oil consumption. Greater than 1.5K to 2K miles per quart would not indicate excessive oil burning.
If the secondary air problem does occur, then it's NOT a valve guide problem but only an inherent air injection
design problem or a failed part within the secondary air injection system
6. We'd use the heaviest weight synthetic oil (equiv. to 20/50 in a standard oil).
7. Doing a compression test or a leakdown test will provide no indication of valve guide wear..
8. If a valve job is required, we'd assure that good referrals are used to select a dealer or independent shop.
9. We'd avoid (or further research) shops which claim to have a "quick fix" for cleaning the secondary air passage,
as the passage is very inaccessible. These fixes will only be short term, given excessive oil consumption.
10. As part of a pre-purchase inspection, the use of a scanner to check the readiness states and real time data is advised.
Also, using a Porsche tester, e.g. PST2, to run the secondary air "Short Test" will determine the effectiveness of the SAI system.


Pictures of the Secondary Air Injection System of a 993 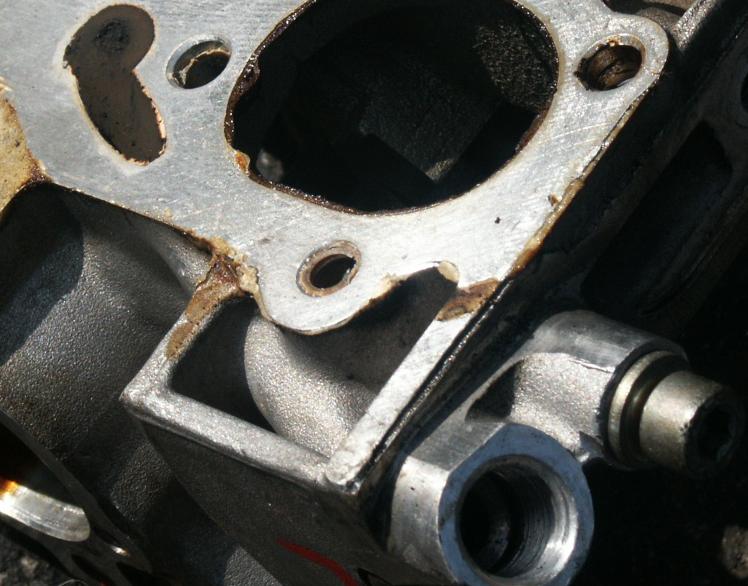 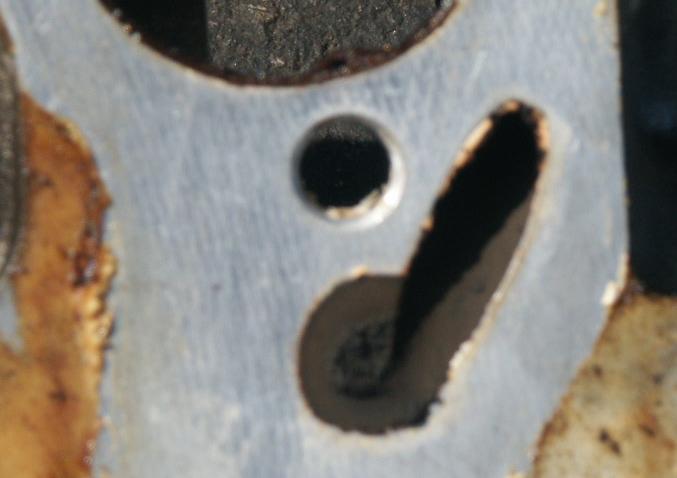 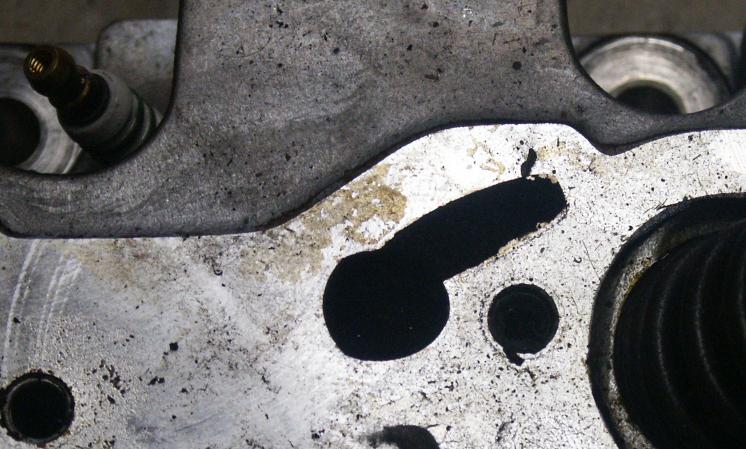 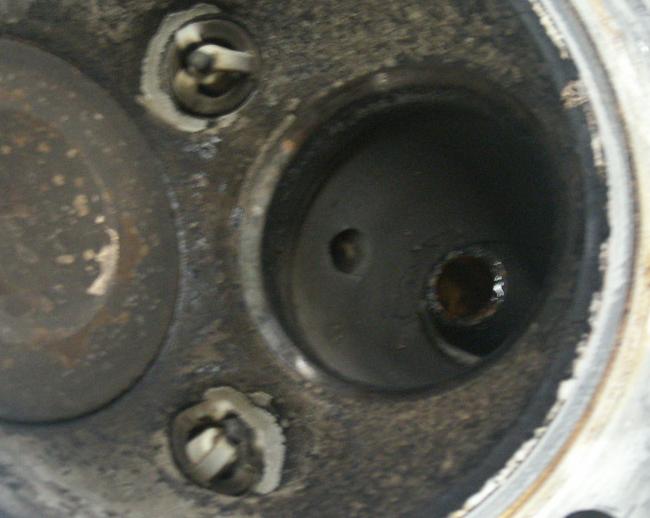